Our tours in Maharashtra

Our tours in Maharashtra are unique and let you experience the history, architecture, culture of this little-known and forgotten region of India. 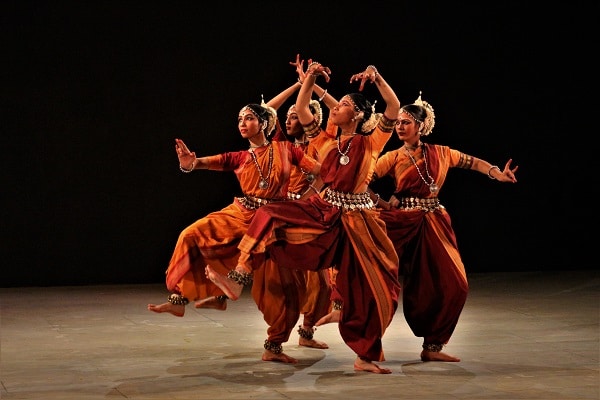 We offer different types of tours in Maharashtra.

Every morning, we propose a walking tour in the imperial garden of Aurangabad.

The city of Aurangabad is surrounded by mountains. We offer trekking of different level

During one day, you can discover Aurangabad, the former Mughal capital, the 3 capitals of the region for understanding the rich history of Maharashtra. Nashik, the holy city for the Hindus, Nanded, the holy city of the Sikhs, famous Paithan for its paithani sari or discover the third largest crater in the world, the Lonar lake. You can also discover the small village of Charthana and experiment the life of theirs people.

During 15 days tour, we offer an experience to discover the essentials of the Maharashtra.

We also offer a historical tour, a spiritual tour and Yoga retreat for beginners.

Himayat Bagh is the former imperial garden at the time when Aurangabad was the capital of Mughal empire. This garden is holding typical art pieces of Mughal gardens. It is also connected to the palace of Aurangzeb (Qu’il-e-ark). It became a dispute or a problem between Shah Jahan, the emperor who built the Taj Mahal and his son Aurangzeb, due to its tasteful mangoes.

It has undergone through a lot of modifications but you can still appreciate its charm, its freshness and its tranquility.

We invite you to discover this fascinating garden and the history of the city for three hours. You will see the lush green nature, with different types of birds. You will understand the importance of Aurangabad which was also a capital of India in the 17th century.

The Aurangabad city has been declared as the tourism capital of Maharashtra. The Ellora and Ajanta caves are the only known tourist attractions. This city has nevertheless attracted European authors who have described the beauty in numerous works. This is why we invite you to discover this city, the center of the Mughal world from the 17th century.

This all-day tour will show you the beauty of Aurangabad. You will see the fortification and irrigation system that made this city the center of the Mughal empire. You will also discover the last still intact palace in the region. We will go back in history to admire the man made caves that shines the image of Maharashtra and we will finish in front of the most beautiful example of Mughal architecture in the region.

The Nashik city is one of the most important holy city in India. It is known from the Ramayana, one of the sacred books of Hinduism. It was in this city when Sita got kidnapped by Ravana. He took her to Sri Lanka. Then begins the great epic of Ram, Laxman and Hanuman.

The city has also been the wine capital of India since several years. Most of the vineyards are located here. We invite you to discover the two diametrically opposite aspects of this city in a day tour.

Nanded is the third largest holy city in Maharashtra. After the death of tenth Sikh guru, Gobind Singh, city transformed from the small town into a holy city.

in the 18th century, Maharaja Ranjit Singh decided to build a large Gurudwara (temple) around the tomb of Gobind Singh. It has become one of the five Takhts of Sikhism. That means one of the five main temples of religion.

Nanded is therefore a city of pilgrimage for Sikhs.

We invite you to discover the Sikh religion, little known Indian religion, through a one-day tour. You will discover the rituals and particularities of this religion. This tour is exclusively for walking so you can see and soak up the atmosphere of the city.

Paithan village was built in the 2nd century BC. It was the capital of the region’s first empire, Satvahanas. At the inclination of the Satavahana empire, it covered all of central India today. Paithan was a rich and prosperous city. The empire was open to the world, which is why Paithan appears in a Greek book from the 1st century AD, a voyage to the Sea of Eritrea.

Of this size, there remains the Paithani sari which is the most expensive sari of India. It has special patterns and we also introduce gold threads. A sari can take between 1 month and 9 months to make.

Today, Paithan is a small town with a bird sanctuary, a museum, temples.

We invite you to discover this city with a rich past during this tour in Maharashtra.

The Charthana village is located 100 kilometers away from Aurangabad.

Since December 2018, we have been working with the villagers to make this village a tourist spot or heritage village. This place has everything which needs to become a tourist center.

At the time, there were around 360 temples in the village. There are still some fine examples of 12th century temples. There is also a Bawdi, an important structure in medieval India. Most of the Bawdis had a purpose to do some ceremonies and mostly, they served as a reservoir of water for the dry season.

Charthana also has very beautiful wooden houses. You will get a chance to visit some.

Finally, we will make you experience the village life by sharing lunch with the locals.

The Lonar lake is the third largest crater in the world. It was the impact of a meteorite over 50,000 years ago that formed its base.

As often, there is also a mythological explanation. Vishnu came to defeat the demon Lavnasur here and during this battle, Lavnasur fall on this place so the lonar lake has been created.

Now days Lonar is a small village with a few wooden houses and two very original main temples. The first one was rebuilt recently, but it is half 12th century architecture and half 14th architecture, the second has a water source that never dries up even during great droughts.

The lake and its surroundings are now protected by forest department, allowing you to observe the fauna as well as temples from the 12th century.

This tour is especially designed to experience the most of the history and culture of Aurangabad, Daultabad and Khultabad.

Daultabad was built by the Hindu Yadava Empire before the Sultan of Delhi decided to transfer his capital from Delhi to Daultabad. It is a defensive fort.

Aurangabad was built in 1610 by a former slave and became the capital of the Mughal empire in the end of the 17th century.

During this one-day tour, we will feel the history, spirituality and talk about the great men who made this region the center of India in different times.

The golden triangle of Maharashtra: 15 days to discover this state

Maharashtra is a central state both geographically and historically. The Aurangabad region has twice been the capital of India throughout history. Daultabad, the impregnable fort that capsized the heart of the Sultan of Delhi to the point that he transferred his capital from Delhi to Daultabad in the 14th century. Aurangabad, the capital of the Mughal empire in the 17th century when the empire accounted 25% of world GDP. Paithan, the capital of the first famous empire until Greece. Maharashtra is also the birthplace of heroes worthy of the greatest adventure films. A slave turned king, a warrior woman, the most powerful man in Asia in the 17th century. Here are some historical figures which we want you to explore. The history of Maharashtra is often confused with the history of India. This is what we would like you to discover.

Maharashtra is a central state both geographically and historically. The Aurangabad region has twice been the capital of India throughout history. Daultabad, the impregnable fort that capsized the heart of the Sultan of Delhi to the point that he transferred his capital from Delhi to Daultabad in the 14th century. Aurangabad, the capital of the Mughal empire in the 17th century when the empire accounted for 25% of world GDP. Paithan, the capital of the first famous empire to Greece. It was also the birthplace of heroes worthy of the greatest adventure films. A slave turned king, a warrior woman, the most powerful man in Asia in the 17th century. Here are some historical figures that we would like you to discover. The history of Maharashtra is often confused with the history of India. This is what we would like you to understand.

Are you interested to know the religions in India? Maharashtra has something for you. Indeed, the state has 3 sacred cities of 3 different religions and many other religious sites or temples. There is a city called Nashik, the sacred city of Ram, important place of Ramayana, one of the sacred books of Hinduism, Khuldabad, the second most important city for Sufism in India, This place was a capital in the 14th century and finally Nanded , one of the 4 sacred cities for Sikhism. Next religious sites such as Ellora and Ajanta caves, Bramhagiri mountain, birthplace of Godavari river, Bombay temples (Mumbai). During this tour, we will talk about all the religions born in India as well as Sufism. We offer you 11 days of total immersion in Indian spirituality and religious tolerance, especially from Maharashtra.

Yoga is one of the best known elements of Indian culture in the West. This gymnastics which combines movement of the body as well as meditation has an international day since 2014. This day decided by the UN is June 21. We offer a Yoga retreat with cultural experience, called Yogatra. It is impossible to extract Yoga from Indian culture, this is why we created Yogatra. We carry out retreats in two exceptional places: Aurangabad and Nashik.

The Aurangabad region is an important spiritual center with holy cities around and exceptional religious sites listed as World Heritage by UNESCO. In this surrounding, we invite you to discover yoga or to polish your training. During the day, we will mesmerise ourselves to discover the region, its culture and its history.

Nashik is a mythological famous city known for Hinduism. It is the city of the Lord Ram. This city appears in the epic of the Ramayana, sacred book of the Hindu religion. But that’s not all, the surroundings of Nashik have lots of sacred places that give the region a special vibe. We suggest that you take an advantage of this feeling to train yourself in yoga and also discover the culture and history of these places. The retreat will be in a secluded villa with all the comfort and peaceful area, necessary for good practice.