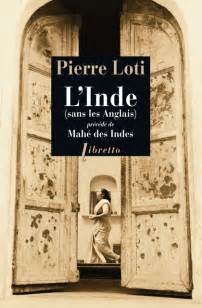 Aurangabad in the literature

Aurangabad in the literature

How is Aurangabad in the literature? Aurangabad is known mainly for the caves of Ellora and Ajanta, day by day we forget its glorious past and its importance in the history of India.

In this article, we will describe some of books and authors. Explorers, writers, philosophers who have spoken about this city in their works.

We will follow the chronological order for this description.

About the author: Jean de Thévenot, born in Paris on June 16, 1633 and died in Mianeh on November 28, 1667, was a French traveller, known for his travel stories in Europe, North Africa, the Middle East and India. He introduced the coffee bean to Paris in 1657 after the merchant Jean de la Rocque, returning from Constantinople, introduced beans to Marseille in 1644.

About the book: This book is about travelling experiences of this man who has crossed several continents. It is a testimony of India under Aurangzeb rule during the emperor’s lifetime.

Passage over Aurangabad: from page 218 to 226, Jean de Thévenot came to Aurangabad to see the caves of Ellora. He explains that from Ahmedabad, he heard about the beauty of these caves. After arriving at Aurangabad, he organised his trip to Ellora. Having no interpreter, he visited caves with servants. This lack of interpreter prevented him from understanding the things he saw on the way. He described the fort of Daultabad and also the valley of saints and Rauza (which became Khultabad in 1707).

Around the world in 80 days

About the author: Jules Verne, born on 8th February 1828 in Nantes and died on 24th March 1905 in Amiens, was a French writer whose work was for the most part made up of novels of adventures using scientific advances in the 19th century.

About the book: The novel tells the race around the world of an English gentleman, Phileas Fogg, who made the bet to achieve it in eighty days. He was accompanied by Jean Passepartout, his French servant.

Passage over Aurangabad: The passage is short (less than half a page, page 72). It just says crossing of the territory of Aurangabad and Ellora.

About the author: Louis Marie Julien Viaud dit Pierre Loti, born on January 14, 1850 in Rochefort and died on June 10, 1923 in Hendaye, was a French writer and naval officer. A member of the French Academy, he was buried in Saint-Pierre-d’Oléron on the island of Oléron in the garden of a house that belonged to his family after a national funeral. His house in Rochefort became a museum.

About the book: It is the trip narrative of Pierre Loti in India. The itinerary in the novel has been reworked in relation to the original itinerary of the author.

Passage over Aurangabad: From page 204 to 217, as in the book of Jean de Thévenot, Pierre Loti describes his journey between Aurangabad and the caves of Ellora. He passed Daultabad, whose fortress mountain impressed him. He then crossed Khultabad. So he made a long description of his discovery with the caves of night and alone. Quasi-mystical experience.

A big thank you to Sebastien Leboucher for his time and help in the discovery of the work of Pierre Loti.

For discover some monuments and Aurangabad in the literature, you can see our tour here