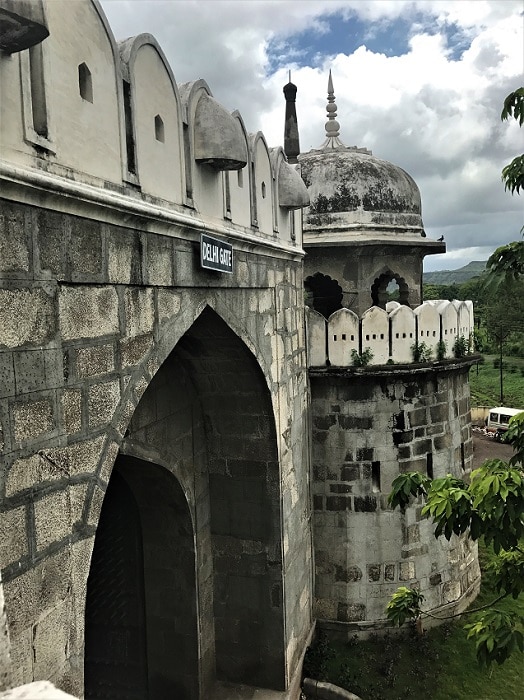 By Akvin tourism22 January 2020March 12th, 2020One Comment
The history of Aurangabad is written in the history of India. Indeed, the city was the de facto capital of the Mughal empire when it was at its peak. Its history is rich and diverse. 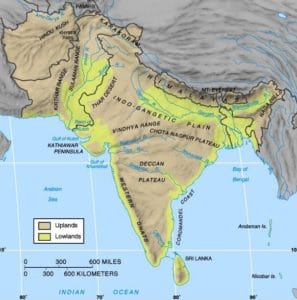 The Indian subcontinent is a wide plateau bordered on one side by the Arabian Sea and another by the Indian Ocean. In its center, is the Deccan plateau. This plateau is crossed by three rivers, the most important of them is the Godavari river. This plateau is very fertile and its central position has enabled it to enrich itself with numerous cultures.

The Aurangabad region: a unique history

The city came quiet late in the history of India. We will come back to this later. Before the creation of the city, the region was a very important center of cultural exchange. 60 kilometers south of the city, there is Paithan which was the capital of the region’s first empire.
From the 1st century BC, the region began to enrich itself with artificial caves, beautifully painted as in Ajanta, or with marvelous sculptures as in Ellora.
Then time of the Yadava empire came which established its capital 15 kilometers away from Aurangabad, at the fort of Daultabad (Devgiri fort). This same fort was conquered by the Delhi sultans who decided to make it their capital. This fort remained capital but for a smaller empire, which was the Bahmani. When this empire disappeared, the region falls into oblivion until the arrival of Malik Ambar.

First men in the area

Between the 5th and 8th century AD, Buddhist monks came to the hills who borderline the present city, Aurangabad. They started building caves. They built 10. Unfortunately, the hill was not stable or not in a good shape, so part of the caves collapsed. The monks decided to abandon this site and join a larger site. That is Ellora.

In 1610, when Malik Ambar became the Prime Minister of the Sultanate of Ahmednagar, he decided to create his empire’s capital, Khadki. He decides to approach Daultabad fort and settle on the banks of the Kham River. He was the leader of the sultanate until his death. This becomes interesting tour when you know that he landed in India as a slave. He was captured in Ethiopia, then enslaved and sold several times until his arrival in India. His intelligence and skill in the art of warfare made him a man to be feared throughout India even by the great Mughal empire.
He built a revolutionary irrigation system that uses only gravitational force to operate. He started Khadki town to receive water from the hills 8 km away. The city had lush gardens. This system is still visible today, especially at the Panchakki.
It was not until his death that the powerful Mughals were able to invade the Deccan and Aurangabad at the center of Indian history.

Malik Ambar died in 1626. His son, Fateh Khan succeeded him and gave his name to the city, Fatehnagar. From 1633, Emperor Shah Jahan succeeded in conquering the Deccan and seized the city. Aurangzeb was named viceroy of Deccan but was settle at the fort of Daultabad. In 1653, when the latter became viceroy of Deccan, he decided to make Fatehnagar, his capital and rename it Aurangabad. He set out to enlarge the city. He built 51 doors and a perimeter wall almost 10 kilometers in circumference. With the gate built by Malik Ambar (Bhadkal Gate), Aurangabad became the city of 52 doors, which represents the 52 weeks of the year. He built a palace for himself and his family. 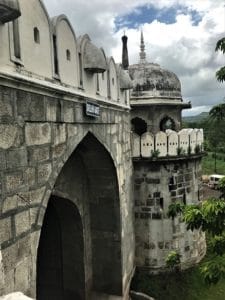 During the war of succession which saw Aurangzeb clash with his brother Dara Shikoh, the city again became a medium-sized city in central India. Aurangzeb returned to Aurangabad and made it its de facto capital. Indeed, he never decreed the transfer of the capital of the empire from Agra to Aurangabad. This is why Aurangabad never had the name of imperial city even if the royal family and all the ministers lived in the city.

The city from the decline to today

After the death of Aurangzeb and the decline of the Mughal empire, Aurangabad became part of the Nizam empire of Hyderabad.
Today, it is an industrial city known for automobile companies and also known for Bibi ka maqbara, Panchakki, the Soneri Mahal, the caves of Aurangabad or the gates that show the importance of Aurangabad in history. A few kilometers away, you can also admire the fort of Daultabad and the valley of the saints of Khultabad.

Recently declared Aurangabad as tourist capital of Maharashtra for its proximity to the sites of Ellora and Ajanta, both places are declared World Heritage by UNESCO, the city suffers from a lack of consideration for its own heritage.

Bibi Ka Maqbara: Wrongly nicknamed the mini Taj Mahal (for wide marketing), it is the best example of Mughal architecture.
Panchakki: Literally the water mill, it’s a visible illustration of genius Malik Ambar known as water irrigation system.
Soneri Mahal: This is the last existing palace in Aurangabad. Its name comes from the pure gold painting that adorned the walls which are no more available in gold. The caves of Aurangabad: This is a good introduction to the sites of Ellora and Ajanta. They are almost exclusively Buddhist, and caves 3 and 7 are richly decorated.
Doors: there are only 13 doors remaining out of the 52 in the city. They are all in Mughal style except Bhadkal Gate which is in Indo Muslim style. Daultabad: this fort was the capital of many empires (Yadava, Bahmanis …). It was captured by Shah Jahan which marks Mughal domination over the Deccan region.
Khultabad: This small fortified Sufi town is home to the remains of Aurangzeb, the last great Mughal emperor. Malik Ambar and several Sufi saints also lies at the feet of this town.
If you come to the Aurangabad region and want to know more about the history of the region and therefore the history of India, you can contact us to experience the best route for discovering these unknown places.