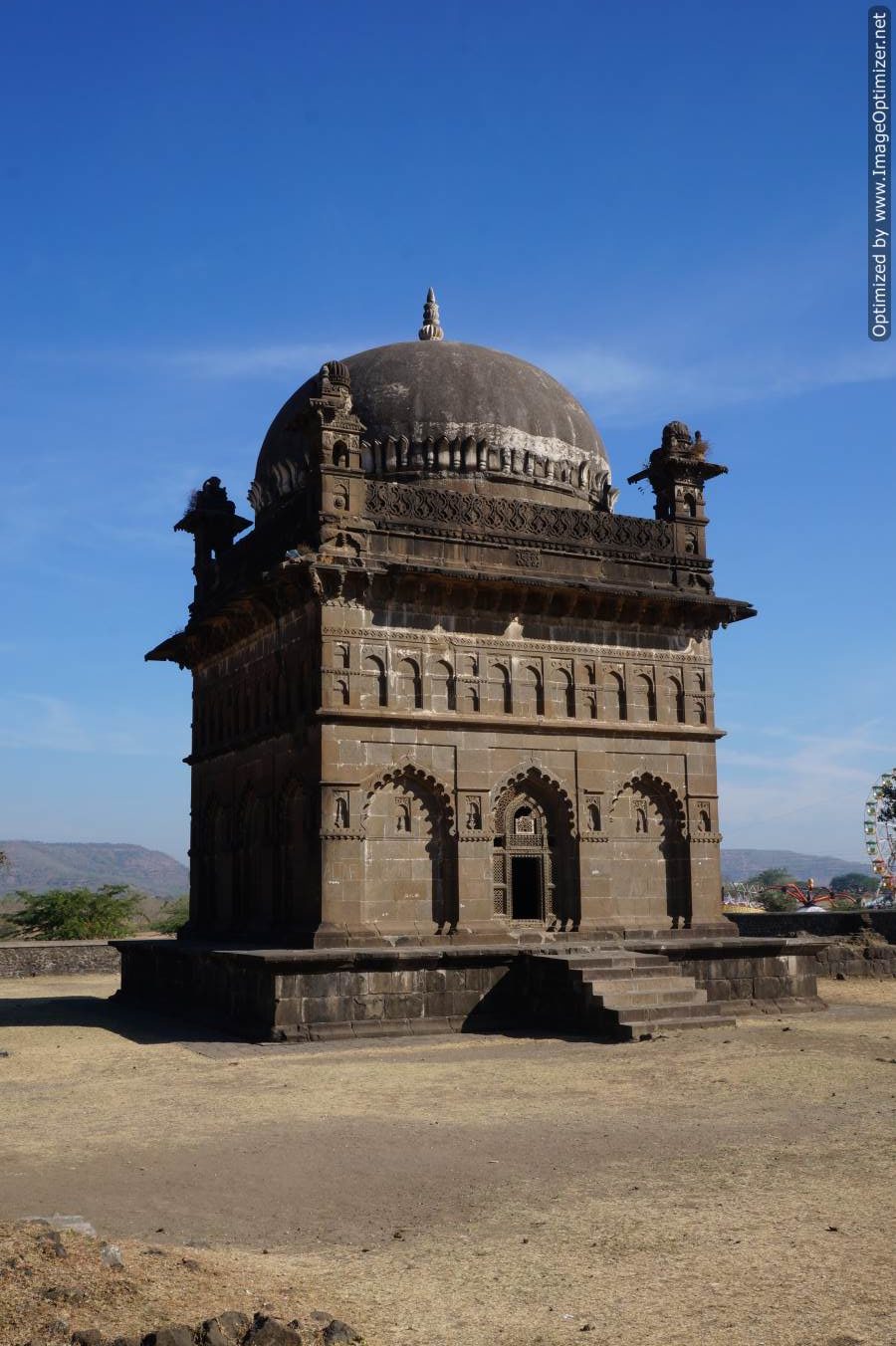 Sufism is the third sub part of Islam. Sunni and Shia muslims do not recognise Sufism as part of Islam because these followers use some worshipping methods of music and dance to reach the Divine. Even if Sufism has its roots in the Quran and recognises the prophet as the first of them, there is no clear idea about them and has to wait until the 11th century to see Sufi communities organised around particular masters.

Music and dance are elements used by the Sufis to come into contact with the God. In Europe, one of the best known forms of Sufism is the Turkish Whirling Dervishes. This dance makes it possible to visualise a trance and to allow the elevation of the spirit.

Sufism arrived in India at the same time as the first Muslim invasions in 1192. The first to found a brotherhood was Moinuddin Chishti. He settled in Ajmer. His tomb is one of the religious place for Indian Sufis.

Currently, there are four Sufi brotherhoods in India:

With British rule, the Sufis moved to Hyderabad which is now the first Sufi city in India. Khultabad remains the second most important village.

Khultabad, history of a small village, capital of Sufism in the 14th century

The city was known as Rauzaa, “the garden of paradise”. After the death of Aurangzeb, this city is renamed “Khuldabad”. Khulad means heaven and Abad means community or society. It is the focal point of the Valley of the Saints because in the 14th century several Sufi saints elected Khultabad as their residence. It was when Muhammad Bin Tughluq decided to transfer his capital from Delhi to Daultabad. Sufism settled in Khultabad because the saints wanted to be close to the new capital but also in withdrawal situation. It is said that no less than 1,400 saints are buried in this valley. They taught people that Hindus and Muslims must keep peace and unity among themselves. Many kings, devotees, saints have come to this place to have their desire fulfilled. 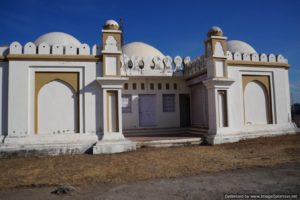 Because it is the capital of Sufism, so many Mughal kings and emperors have built fascinating gardens, small houses. There were also many attractive palaces of emperors including Aurangzeb’s Qu’il-e-ark Khultabad

The city was fortified during the reign of Aurangzeb at the end of the 17th century. The wall had a protective function against bandits and brigands, but could not serve as a defense against an army.

This city has religious importance, it is still the second most important city for Sufism in India as well as for historical reasons because it captures the tomb of Malik Ambar and Aurangzeb

The town was known before under the name of Rauzaa, ‘the garden of paradise’. After the death of Aurangzeb, this city is renamed “Khultabad”. Khulad means heaven and Abad means community or society, so it means the community of heaven. It is the central point for the valley of saints because in the 14th century several Sufi saints elected Khultabad as residence. It is said that no less than 1,400 saints are buried in this valley such as Rajaramdev, Badshah Khilji and Mo. Tuglak. They taught people that Hindus and Muslims must keep peace and unity among themselves. Many kings, devotees, saints came to this place to see their wish fulfilled. Because it is the capital of Sufism, so many kings and Mughal emperors built fascinating gardens, small houses. There were also many attractive palaces of emperors including that of Aurangzeb.

The city was fortified during the reign of Aurangzeb at the end of the 17th century. The wall had a protective function against bandits and brigands but could not serve as defence against an army.

This city has religious as well as historical importance because it contains the tomb of Malik Ambar and Aurangzeb.

The Tomb of Malik Ambar

For now about Malik Ambar, you can read this article.

Malik Ambar’s tomb is a tomb of classical Indo Islamic architecture. The finely finished mausoleum, built in pink basalt and raised on a pedestal, has a double facade, each floor sheltered by an overhang on protruding brackets. The windows on each side are finely worked, they are formed of geometric screens called jali. It is enclosed to show the importance of the person buried. Opposite is a rather dilapidated guest house. It is built in a vaguely Italian style with windows of Gothic style which was very popular in Hyderabad at the beginning of the 20th century. It allowed people to pay tribute to Malik Ambar to rest. Despite the importance of Malik Ambar for the Deccan valley, his tomb is currently abandoned.

The tomb of Aurangzeb:

From his name Abu Muzaffar Muhiuddin Muhammad Aurangzeb Âlamgir known as Aurangzeb (ornament of the throne in Persian) or as Alamgir 1st. He is the last great Mughal emperor. He is the third son of Shah Jahan, he was governor of the Deccan from 1636 to 1644 with some success. In 1657, Shah Jahan felt ill and a succession war broke out between three brothers.

On July 31, 1658, Aurangzeb got the victory and sat on the throne of the peacock, the symbol of Mughal power. He imprisoned his father in the red fort of Agra for supporting his brother. Under his reign, the empire reached its territorial apogee covering virtually all of India today.

He is the most hated person in India. Most of the history around him was written by British for colonise India easily. If you want to know more about Aurangzeb, you can see this video.

He made Aurangabad as capital city of mughal emperor to be able extend his empire on the south of India.

He is buried in Khultabad in a simplicity desired by himself.

His reign marks the end of the empire that disappeared 101 years after him.

Aurangzeb died in 1707 in Ahmednagar. His body was then transported to Khultabad after the arrival of his son Azam Shah and his daughter Zinat-un-Nissa. There is a platform on the tomb made of red stone, less than three meters in length. The tomb was covered with soil on which grass growes. After his funeral, he received the posthumous title of “Khuld-makan” (the one whose dwelling is in eternity). The marble jali screen was added in 1921 by the Nizam of Hyderabad with the encouragement of the British viceroy Lord Curzon. Now the tomb is covered by “the vault of heaven” means there is no roof and you can see the sky from there. The footbridge and the domed porch were added in 1760.

It is said that Aurangzeb paid for his burial place by sewing hats during his last years and that it cost only 14 rupees and 12 annas. The tomb is “remarkably simple in accordance with Aurangzeb’s own wishes”. The full name of Aurangzeb is written on a marble plaque in one of the corners of the tomb.

Aurangzeb asked to be buried next to a great Sufi saint Zainuddin Shirazi.

He is a holy Mahometan highly revered by the Muslims. On the east side there are a number of verses inscribed in the Quran and the date of the saint’s death, 771 H. (1370 AD). Sheikh Zain-ud-din was born in Shiraz, in H. 701 (1300) and came to Delhi by Mecca. He studied under Maulana Kamal ud din of Samana and accompanied him to Daulatabad.

He occupied the Kazi office at Daulatabad, and in H. 737 (1336) he was invested with the mantle of the caliphate, but did not really succeed until after the death of Burhan-ud-din in H. 741 (1340). The sayings of Zain-ud-din were recorded by Shaikh Husain in his Hidayatu-l-Kabul. The mausoleum was erected by his disciples much later. It is surrounded by a large quadrangular courtyard, and the enclosure has two doors chased with silver and brass. The courtyard has two mosques, one on a higher one and the other on a lower level, a sloping pavement leading to the first.

There are open buildings on all sides, and a nagarkhana or music room at the eastern end. The western end is used as a school where the Quran is taught. Sanctuary’s door are inlaid with silver plates and the stage below is embellished with a number of stones curiously cut and polished. The interior of the burial is covered with richly embroidered rosewood, and has the usual chain of ostrich eggs hanging on it. It is said that a small room in a corner of the courtyard wall contains the prophet’s robe, which is exhibited once a year on the 12th Rabi-ul-awal. The relics of the parahan and taj given to Burhan-ud-din in succession to the caliphate we carefully preserved in a wooden box placed in one of the apartments of Zain-ud, dargah of din.

The dargah also houses the tomb of the first Nizam, Asaf Jah I, his son Nasir Jung, and those of the son of Aurangzeb Azam Shah and his wife.

The only garden, in Khultabad is Bani Begum Garden. Bani Begum was the wife of Aurangzeb’s son, Azam Shah. The tomb of Bani Begam is at the centre of a large quadrangular garden. It is surrounded by a beautiful wall with arched cavities inside. An elegant kiosk at each corner and is surmounted by an indo-buckwheat dome, grooved on the outside.

The main entrance is in the centre of the north wall and a mosque is in the south direction. While a corresponding open horn is in each of the remaining walls. The ground in the interior is arranged in the usual form of a garden and contains cisterns and fountains, which are no longer in working order. The tomb of the Begum is inside another walled fence in the middle of the garden and has four small minarets around it. A pretty summer house in the centre of each wall in this enclosure of the wound, has sixteen slender but elegant pillars, supporting a dome-shaped roof in the curious form belonging to the style of Bengal.

If you want to discover Khultabad, you can book the tour the 3 capitals. More information about this tour here.