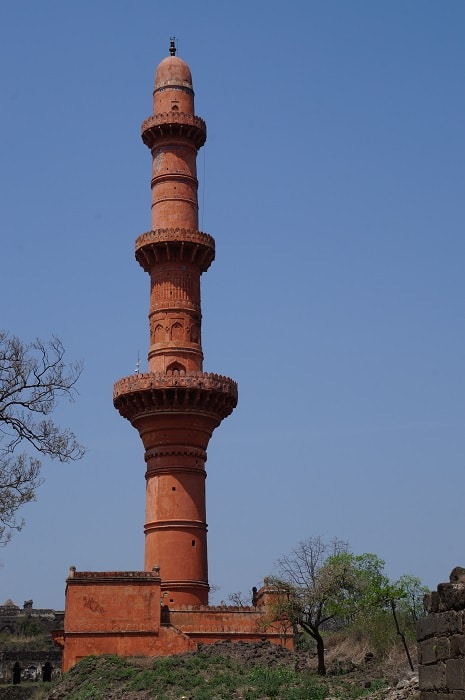 Daultabad: history of a capital

There are places that are forgotten by time and where nature gradually regains its rights. It is hard to imagine that these places are steeped in history. This is what is happening at Daultabad Fort.

Before being called Daultabad, this hill was called Devgiri, the mountain of the Gods. In Hindu mythology, Shiva came to observe the region from the top of the mountain. Since this mythological past, Yadavas built a temple at the top of Daultabad.

A strategic location and a capital for the first time

Even if there are traces of occupation of the hill since 100 BC, it was the Yadava who built Daultabad fort. In 1187, Bhillama V, a Yadava prince, established his new capital on Devgiri hill. The Yadavas are ancient people who thought they were descendants of Yadu, a king from the mythology cited in the Puranas. Bhillama V comes from the Seuna dynasty who claim to be from the Yadava. They are commonly called the Yadavas of Devgiri. At their peak, the Yadav of Devagiri had a territory covering Maharashtra, Goa, the south of Madhya Pradesh.

During their reign, they endowed their capital with three lines of defence protected by towers. They also built a single entry system to trap their enemies inside the citadel. They also built the dark tunnels that we always cross to get to the top of the hill. All these defence techniques allowed the citadel to be one of the rare strongholds in the world which never have been invaded. Indeed, all the occupants of these places have always surrendered. Daultabad remained India’s capital until the fall of their empire in 1313 with the invasion of the army of the Sultanate of Delhi.

Legends say the first time Muhammad bin Tughluq saw Devgiri, he fell in love with it and decided to make it its capital. In fact, historians agree to give strategic reasons for this decision.

Muhammad bin Tughluq was sultan of Delhi from 1325 to 1351. He was the second in the Tughluq dynasty. It was founded by his father, Ghiyath al-Din Tughluq. 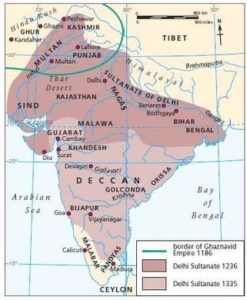 During his reign, he greatly enlarged his empire. And this is precisely decided to transfer his Sultanet’s capital from Delhi to Devgiri.

Daultabad (city of fortune) was central to the territorial evolution of the empire. His transfer was therefore a decision dictated by tactics only by romantic reasons.

In addition, Muhammad bin Tughluq wanted to make his new capital a center of Islamic culture on the Indian subcontinent. This would have allowed him to have better control over the Deccan region, by reducing Hindu rebellions. He invited many ulemas for this purpose and it worked, well since then region is known as the Valley of the Saints. This name comes from the fact that there are more than 1400 tombs of Sufi saints in the region between Aurangabad and Ellora. Khultabad therefore became the spiritual capital of Sufism in the 15th century.

Transfer of capital from Delhi to Daultabad

The population migration was not easy. Aristocrats, civil servants and even the people in general did not want to leave the Delhi city for distant lands. In order for Daultabad to truly become the capital of the sultanate, Muhammad bin Tughluq had to force the people of Delhi to leave. To do this, he used force. Ziauddin Barani, politician at the time, observed: “Without consulting or weighing the pros and cons, he ruined Delhi which, for 170 to 180 years, had prospered and rivaled Baghdad and Cairo. The city with its Sarais and its suburbs and its villages stretched over four or five decades. Everything was destroyed (in the abandoned sense), there was no longer a cat or a dog “.

The transfer began in 1328 and was completed in 1331. It put thousands of people on the road. Unfortunately, many people died during the largest population movement in the history of India after the partition of 1947.

Daultabad, the new capital for a short time

Daultabad remained capital of the empire for less than 10 years because in 1339, Muhammad bin Tughluq decided to return to Delhi. For all this, he inherited the nickname of the mad king. Daultabad Fort was not prepared to accommodate so many people. There was a lack of infrastructure, in particular a water tank to properly supply the new capital and its many inhabitants. The sacking of Delhi by Afghan invaders succeeded in convincing Muhammad bin Tughluq to transfer his capital to Delhi.

After the heyday, the declination in Sultana

Upon his death, the Sultanate of Delhi collapsed leaving space for the empire from Bahmani in the Deccan. Even if Daultabad was the capital, it never again have the prestige it could have had by being the capital of the Indian subcontinent.

At the fall of the Bahmani Empire, it was the Nizam of Ahmednagar who took control of the region. Daultabad became a secondary city but remain an important defensive fort of the region.

The Mughal emperors understood this well. When Shah Jahan successfully invades the region, after the death of Malik Ambar, he settled in the fort of Daultabad.

Daultabad has become a small town. With the 4 lines of defence that the city had before only 3 are under government protection. Today, Daultabad Fort is a tourist attraction that attracts school buses or children more than tourists. It is fortunate to be located on the road between Aurangabad and the Ellora caves which allows to attract a few tourists who visit it without any pre-plan. There is also a nice view point on this road for taking pictures. It is generally one of the only common place that visitors have with this ancient capital.

If you want to know more about Daultabad fort, you can read this article.

We organise guided tours to the Daultabad fort and Khuldabad in order to understand the history of the region. If you are interested, you can see the description of the tour here and also contact us