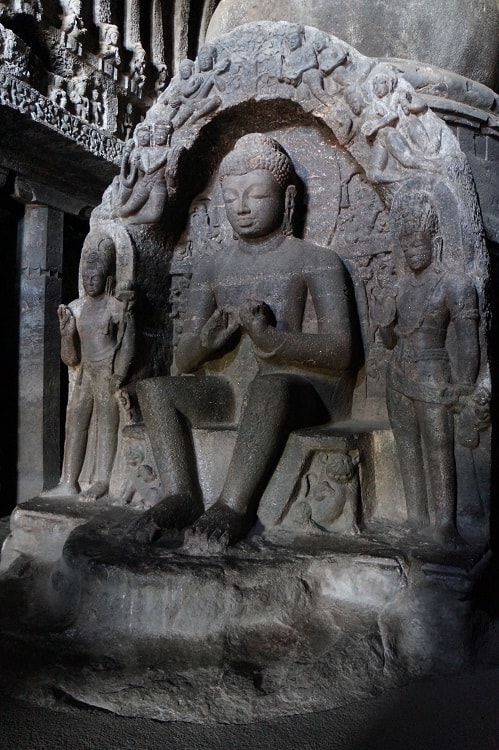 The caves of Ellora, a treasure for humanity

It’s a UNESCO World Heritage Site since 1983, the Ellora Caves are exceptional for many reasons.

The first one is the presence of 3 major Indian religions: Hinduism, Buddhism and Jainism. This proves the great religious tolerance that is the uniqueness of India.

These caves, 34 in total, were excavated between the 6th and the 12th century. The site has 12 Buddhist caves, the first to be carved, 17 Hindu and 5 Jain, the last carved one.

The most important cave is number 16, Kailash Temple. It is the largest monolithic monument in the world. Temple is dedicated to Shiva, its dimensions are impressive. 45 m long and 30 wide. Like all the caves on the site, its excavation was from top to bottom and the construction of the rooms was simultaneous with the size of the statues.

The Buddhist and Jain caves also have wonders to unveil

Do you want more information or book with us?

Please send us a mail, we will be happy to help you

Diwali: the most important festival in Hinduism