There is a constant among all the great Mughal emperors, the gardens. The Mughal garden is distinguished from the others by many elements. As Aurangabad was the de facto capital of the empire, it also has an imperial garden, the Himayat bagh.

Long time before the Islamic era, gardens were very important. The existence of Persian gardens can be traced back to around 4000 years BC.

One of the Seven Wonders of the Ancient World was the Hanging Gardens of Babylon. Even if some archaeologists doubt the existence of such gardens, this gives us an indication of the importance of gardens in the collective imagination and for the writers of that time.

With the advent of Islam, the garden takes a dominant place in culture. In all the Muslim world, there is the creation of gardens, as evidenced by the Agdal garden in Marrakech. It is the oldest garden in the Muslim world, still in existence. It was created in the 12th century. This garden like many others is inspired by Persian gardens. 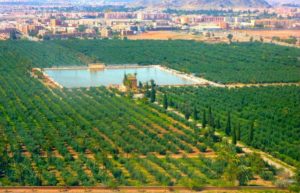 In Persian culture, the garden must provide two types of relaxation, spiritual aspect and recreational meet (meeting friends, taking a nap, etc.). It is also from the Persian name to designate a garden (an enclosed space), the word pairi-daeza is Persian which means paradise will arise in Judeo-Christian culture.

6 primary styles of Persian garden and one is very common, it is the Chahar bagh. This garden is divided into 4, hence its name. It is cross-shaped, either Latin (one of the axes is longer than the others) or Greek (the 4 axes are identical). The cross plan is marked by paths or canals. In the Persian garden, all the facts should be present to call it Persian. This is why there is a profusion of plants, trees, fruit trees, canals, birds etc …

Muslim culture enriched this garden by bringing it mystical elements. The number 8 is predominant because it represents the 8 gates of paradise described in the Quran.

The Mughals inspired by the Chahar bagh for the construction of their gardens.

The Mughal empire began with the victory of Babur over Ibrahim Lodi, sultan of Delhi during the first battle of Panipat in 1526. From his victory, as emperor of Agra, Babur never stop building gardens. The first garden that Babur built on Indian territory was the Aram bagh, in Agra. It was the beginning of a long series of gardens which became the mark of the great Mughal emperors.

The contributions of the great Mughals in the Persian garden

The first who brought an evolution in the definition of the garden was Akbar. Indeed, the garden does no longer exist, it is just a piece of flat ground and for relaxation but it became a mausoleum garden. He built the tomb of his father, Humayun at that location. This tomb located in Delhi and listed as World Heritage by UNESCO since 1993, it was the first mausoleum garden of the Mughal era. They have such other gardens all over India including the Taj Mahal.

Jahangir returned to the ornamental garden by transforming Kashmir into a valley of the gardens. Only 3 of these gardens remaining, including the famous Shalimar in Srinagar.

The one who brought the Mughal garden to its peak is Shah Jahan. He was passionate about architecture and botany. He had jasmine introduced into all Mughal gardens as well as white marble. In the gardens built by him, monuments are as important as plants, canals and trees. Obviously his most famous work was the Taj Mahal, but he also had the Mahtab Bagh arranged in the red fort of Delhi. It is a nocturnal garden filled with flowers that shine at dusk. After him, the Mughal gardens no longer experienced any significant evolution.

History of the Mughal garden

Aurangzeb appointed as Governor of Deccan by his father, Shah Jahan. He settled in Aurangabad. He began construction of a palace and gardens. The Himayat bagh became famous throughout the empire. Thanks in particular to its mangoes. They were the cause of a dispute between Aurangzeb and his father. This became a problem when Aurangzeb didn’t send mangoes to his father.

Aurangzeb, became emperor, decided to settle in Aurangabad in 1682. He therefore made the city, the de facto capital of the empire. He enlarged the citadel and the imperial garden, the Himayat Bagh. Today, it is difficult to imagine them as well as the splendour of the 17th century city, as the city has grown and changed or civilised.

There are still a few places where you can explore this historic past. One of these is the Himayat Bagh. This green lush area in the middle of Aurangabad was the personal garden of Aurangzeb.

Located next to the Delhi gate, this Mughal garden has become a nursery and an agricultural research center. It is also the ideal place to escape the heat and noise of the city by staying inside. Every morning, you can observe walkers, joggers and other yoga practitioners in this garden.

What can you see in Himayat Baugh 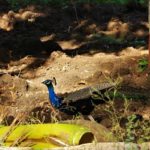 In the Mughal garden, all the key points must be present. The Mughals had adopted many species of birds in this garden. The most emblematic is peacock. Symbol of Mughal power, this bird has become the national bird of India.

During your visit to Himayat Baugh, you may be lucky enough to see strolling peacocks. In any case, you will hear their beautiful sound.

The entrance door, which is erected at the end of a small road, used to be a beauty of this place but remained as shadow only.  Still you may have an idea of ​​how it was in the 17th century. 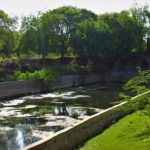 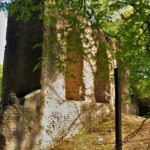 The Aurangabad region is quite arid during the summer season. This is why, for a very long time, bawdi (artificial reservoirs) have been built by men. One was needed to irrigate all the plants in the Himayat bagh. So Shakkar Bawdi has been made there. The tank usually gets filled up during the rainy season. During the summer, this water was used for irrigation. Shakkar means sugar so the name actually means a reservoir of fresh water.

The irrigation system and the summer palace 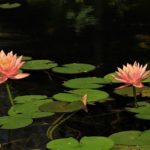 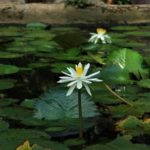 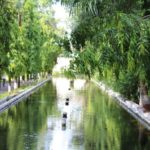 Like any Mughal garden, the Himayat Baugh has an irrigation system and hydraulic canals. Even today, you can admire two of its canals that are arranged on each side of the summer palace. This arrangement made it possible to pass water through the summer palace, which refreshed the building.

During the breeding season, you will hear and see many frogs. Sometimes you won’t be able to hear anything except the voice of frogs calling for their mates. 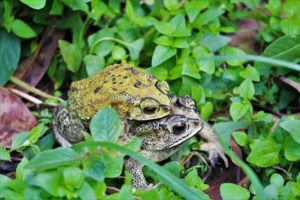 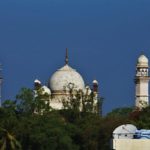 Moving a little further from the nursery, you will come across a small mosque that is on top of small mountain. The building itself is not the most interesting but it allows access to a superb view of the Bibi ka Maqbara and the caves of Aurangabad.

To reach the Mughal garden of Aurangabad

From Delhi gate, there is a gate on left accessible only by two wheeler or on foot. One more way is in 500 meters, you will see barriers on the right to access the irrigation system and the summer palace. If you continue straight you will arrive at the small mosque.

To enjoy the most of this Mughal garden, you have to go there in the morning. We have created a walking tour to understand its history and experience being away from the city while being in the center of city. If you are interested, please contact us to have more information about the walking tour.