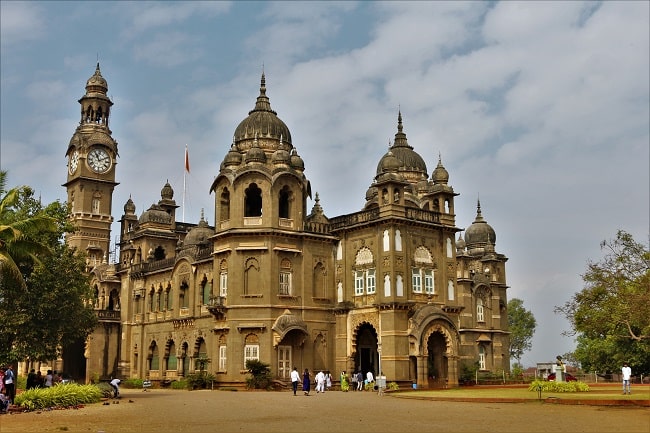 Kolhapur, the other Maratha capital

As we often say, Maharashtra is a richer state in history. In this article, we want you to discover less touristic city but a worth visiting place in terms of history. Discover Kolhapur, the second capital of Maratha dynasty. The second part of the article talks about tourism.

Mythology behind the name of the city

History of the city

In the medieval era

Kolhapur stands out from the history of the region. In medieval times, it was the Shilahara dynasty that ruled the city. Kolhapur was a capital of the their dynasty for once. After 1215 AD, the city became part of the Yadava Empire. From this moment, the city was ruled by the different successive empires in Maharashtra.

Kolhapur, the second capital of Maratha

Before knowing how Kolhapur became second capital of Marathas in 1758, we need to read the history of the Maratha empire.

Birth of an empire

In the 17th century, faced with the advance troops of the Mughal empire, the people of Maharashtra rebelled. It is a long tradition in this state to fight against the invaders of northern India. At the head of this revolt is Shivaji Bhosle. Starting from his stronghold near Pune, he conquered many territories during his fight. When he died in 1680, he left his son Sambhaji to continue his act of putting the invaders outside of Maharashtra. He was captured with his son Shahu by the Mughals. He was executed by getting crushed under an elephant, a cruel way from that time which was widespread.

The reign of Rajaram I

When Shahu was captured by the Mughals, Sambhaji’s half brother Rajaram I became a king of the Maratha empire. He reigned until his death in the end of 18th century. Tarabai, his wife then declared her son, Shivaji II as the new legitimate king of the empire.

We cannot talk about Kolhapur without explaining about Tarabai. 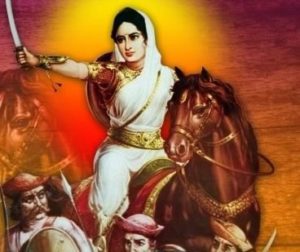 Tarabai Bhosle Maiden name Tarabai Mohite was the wife of Rajaram I and the sister-in-law of Shivaji. On the death of her husband, she declared herself regent after placing her son Shivaji II on the throne. By becoming regent, one would have thought that she stayed in her palace to give orders but Tarabai took command of the Maratha army. She was on the front line in fighting against the Mughal army.

On the death of Aurangzeb, Bahadur Shah I releases Shahu. This release caused instability in the Maratha Empire. Indeed, by being the grandson and son of the first and second king of the empire, Shahu claims the throne. Tarabai estimates this throne belonged to her son Shivaji II, and he was last king of Marathas.

In 1709, she established a new court in Kolhapur. It was the beginning of what is called Kolhapur region. Unfortunately, in 1714, Rajasabai,another wife of Rajaram managed to take power. Tarabai and her son was imprisoned. Rajasbai died in 1726. Tarabai made peace with Shahu in 1730 and ended her life near Satara, leaving behind politics.

Kolhapur region or the kingdom of Kolhapur was created in 1710. It was initially opposed to the Maratha empire, until 1731 and the Treaty of Warana to see official recognition of the existence of the two parties. Sambaji II recognized his cousin Shahu as king of the Maratha empire. At the same time, Shahu recognized the existence of the state of Kolhapur.

The state faced repeated attacks from the East India company. With the fall of the Maratha Empire, Shivaji III negotiates a cooperation agreement with the British Empire. The situation remained stable until the independence of India. The Kolhapur city is now part of Maharashtra state. 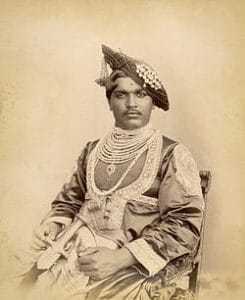 Just as one cannot speak of Kolhapur without talking about Tarabai, it is also necessary to know Shahu. Not to be confused with Shivaji’s grandson, Shahu of Kolhapur reigned from 1894 to 1922.

He worked all his life against social inequalities. Education was the success key for him. He created the Rajaram University as well as sewing workshops in order to give work to all the students. Shahu was an ardent defender of equality between all strata of society and refused to grant a special status to Bramhans. He removed the Bramhans from the post of royal religious advisers when they refused to perform religious rites for non-Bramhans.

Shahu has made great efforts to abolish the concept of caste segregation. He introduced (maybe the first known) a reservation system in government jobs for untouchable castes. Its royal decree ordered its subjects to treat all members of society equally and granted untouchables equal access to public services such as wells and ponds, as well as establishments such as at schools and hospitals. He legalized marriage between castes and made great efforts to improve the situation of the Dalits. He interrupted the hereditary transfer of the titles and mandates of the revenue collectors (Kulkarni), a caste infamous for exploiting the masses, having enslaved the Mahars, a lower caste.

During the Second World War, Maharaja Shivaji VII welcomed 5,000 Polish who fled the Russian gulags. In the small town of Validade, the Maharaja built a village to accommodate these refugees. It was the second village built in India for Polish refugees but the largest in capacity. This village existed until 1946 when the refugees decided to return to Poland or to go into exile in the United States.

The city has lot to offer due to its history. 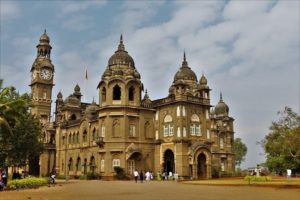 Also called the new palace, it has become a museum. Built between 1877 and 1884, it was the residence of the Maharaja. Part of the monument is still the residence of the last descendant of the Shivaji family today. It is a very fine example of Anglo Indian style architecture typical in the end of the 19th century. 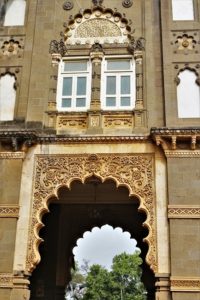 The museum is on the ground floor. Explore different rooms which show us the splendor of the courtyard. The tour ends in a large reception hall where you can see the throne of Kolhapur Maharaj. There is also a zoo where you can see deer and other animals. 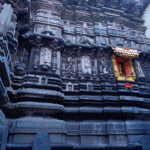 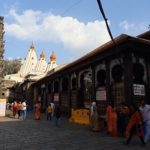 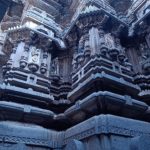 The temple of Mahalaxmi is the main temple of the city. It occupies a central place in the city of the inhabitants of Kolhapur. Mahalaxmi became the protective goddess of Maharashtra in 18th century by rebuilding the temple completely. This is why the temple has an important position in the Hindu spirituality of the region. Kolhapur became a faith for many Hindus.

At present, the temple is in the center of an enclosure pierced with 4 doors. The architectural style of the main temple belongs to the Chalukyas Empire. As inside most of the temple, there is a long way to reach main sanctum of goddess. The temple is a must see place but do take a break and see how beautiful life lies around. 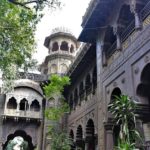 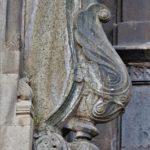 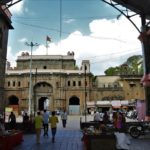 The Bhavani Mandap is the former palace of the Chatrapati (king) of Kolhapur. It was the administrative and political center of the Kolhapur region. It is located just opposite the Mahalaxmi temple. At present, it is a large pedestrian square or gate with few shops. This place allows you to see the wealth of Kolhapur region before the independence of India.

The Rankala is a widely spread lake which has become a reservoir for birds. Morning and evening walks are commonly seen around the lake including the street vendors.

This lake was formed around the 9th century. It was an important water reserve for the development of Kolhapur.

As you walk around the lake, you can see the Shalini palace. 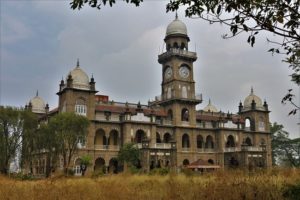 This palace was built between 1931 and 1934 for Princess Shalini of Kolhapur. In 1987, the palace was converted into a hotel. Unfortunately, it closed in 2014. Since then, it has been abandoned. You can still admire it through the grids.

How to get to Kolhapur

There are many train connections between Kolhapur and Mumbai and Pune. From these two cities, you can take the Koyna express or the
Sahyadri express.

Kolhapur is very well connected with major cities of Maharashtra like Aurangabad by a bus service. You can also go to the Konkan coast from Kolhapur.

When to visit Kolhapur

The best two seasons to visit Kolhapur are between October and March and during the rainy season in July and August.

We offer you an excursion in this city of spirituality and unique history. Please do contact us whenever you plan to visit Kolhapur.