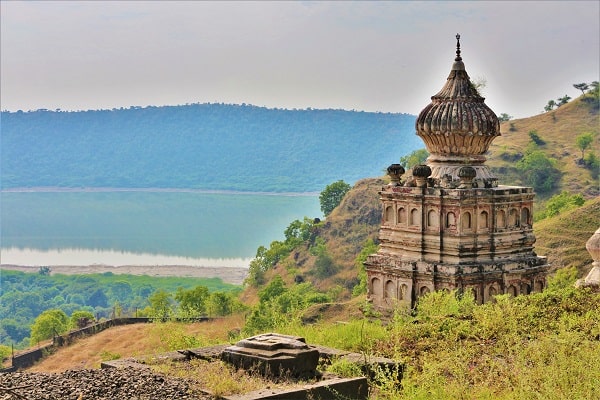 Lonar Lake is a salt lake located in Lonar in the Buldhana district, Maharashtra, India. It was created by a meteor impact during the Pleistocene epoch. Since November 2019, it has become a wildlife sanctuary to protect the flora and fauna around the lake.

50,000 years ago, a meteor crashed into this region. This heavy fall created the third largest crater in the world. It is also the only one in India and one known crater of hyper speed basalt rock on Earth. Lonar lake has an average diameter of 1.2 kilometers and is located about 136 meters below the edge of the crater. This meteor crater measures approximately 1.8 kilometers in diameter.

The mythological creation of the lake

As often in India, mythology explains the formation of certain mountains or craters. Lake Lonar is no exception.

Lonasur, a devil, had settle in the region. He started to mistreat the locals. His wickedness was limitless. The believers therefore prayed to Vishnu, one of the three main gods of the Hinduism. He appeared in the form of Daitya Sudan. He emerged victorious from his fight against Lonasur. Locals say, by killing Lonasur under the feet of Vishnu, lake was created.

What to visit in Lonar?

Before going to the nature reserve around the lake, you can visit Lonar village. There are still some very pretty wooden houses in the main artery and in the adjacent streets.

In the center of the village, is the temple of Daitya Sudan. This temple is unique in its kind. For us, it is one of the 10 most beautiful temples in Maharashtra. 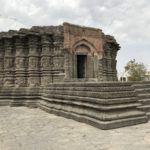 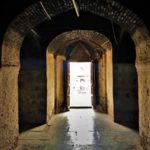 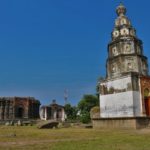 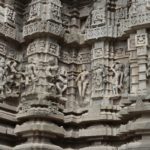 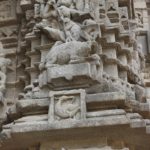 This temple was built to celebrate the Vishnu victory over Lonasur. This is why it is called Daitya Sudan, name of the form in which Vishnu appeared. It was built between the 12th and the 14th century. It is the Chalukya dynasty who has built this temple. It is a very fine example of Hemadpanti architecture, a famous building style at that time in Maharashtra. Hemadpant was the Prime Minister when he created this architecture. He used black basalt stones and lime in all his art.

The exterior walls are richly decorated with sculptures. Some representing figures from the Kama Sutra. They are identical to some that can be seen on the temples of Khajuraho, a UNESCO World Heritage Site in Madhyapradesh.

As you can see in the first photo of the temple, it has a very particular shape. On the second photo, you would think that we are in a mosque. This is what makes this temple a unique temple.

We do not know what exactly happened to make the temple look like this. There are two theories which are not documented so it is impossible to decide between them.

The first would be destruction due to the Muslim invasions that the region has suffered. Some destruction of temples has been documented. Especially, around the Daultabad fort. The main problem was to reach this Daitya sudan temple from Aurangabad, it takes about 3 hours. But why they destroyed only the central part and kept the sculptures representing the Hindu deities and the scenes of the Kama Sutra.

We know that it was the British officer C.J.E. Alexander who listed the lake as a heritage and the village for the crown in 1823. One might think that the temple was very damaged and that English decided to rebuild it.
Problem: they did not know the old construction techniques. This is why they only reconstructed the damaged parts in this style. This theory can be valid but why building it in a Indo-Muslim style rather than in a Victorian style that they known well?

We let you make your opinion. 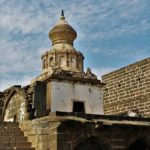 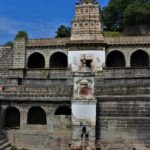 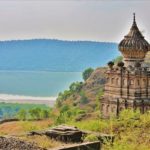 The name of the temple comes from the cow mouth where clear water comes out (gou= cow, munh = mouth). It is the gateway to the wildlife sanctuary and the lake.

The temple is a fine example of primitive Hindu architecture. It is a composed part of old temple, it has been reconstructed recently. There is a tank in the center for devotees to take bath.
Even during the drought or summer time, water never dried up. This water has a sacred meaning for locals.

The wildlife sanctuary around Lonar lake

Since 2019, the government of Maharashtra has decided to protect this small nature reserve by creating a wildlife sanctuary. All the paths that went down to the lake are closed. Only one entry is now open. It is located at the bottom of the Gomukh temple. You might see some waterfalls during monsoon time. 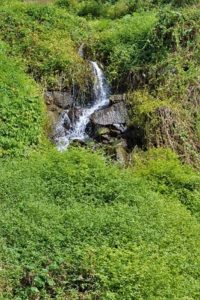 Nature is lush green and the wildlife is exceptional. It has a entry fee. The guard will warn you that leopards live around the lake but do not worry, we do not see them until very early in the morning or after late night.
Locals said, they have spotted 5 leopards here.

These are other animals and birds you will see around the lake. There are peacocks, deer, ducks of different species as well as many species of birds. And as often in India, we find curious monkeys.

We advice you to not feed any animal here.

The wildlife sanctuary also has old temples dating from the 9th century. They are in poor condition but you can appreciate the architecture. 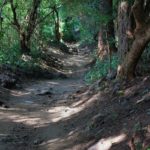 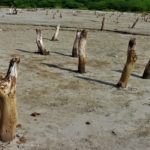 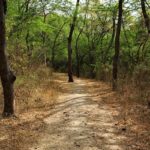 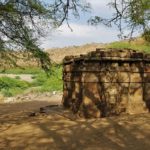 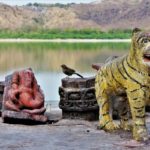 You can cover half diameter of the lake and come back by the same path. It takes between 1.5 to 2 hours for this.

Advice for visiting Lonar lake and the wildlife sanctuary

When to go to Lonar Lake to make the most of the nature reserve?

There are two ideal seasons for visiting Lonar. The nature reserve will be different in each of these.

You can visit Lonar between September and February. The weather will be little humid in monsoon and dry in winter time. It’s the perfect season for the visit. Indeed, it is a little risk but more to see, nature is lush and animals thrive on the lake.

During the monsoon, you can visit the lake. The vegetation will be abundant and very colorful. The only concern is the rain. Before visiting, check the weather forecast carefully.

The summer season will not be pleasant to visit Lonar lake which is from March to May. It’s the hottest season. You will only see little vegetation and you might risk being lonely in the nature.

How to get there

From Aurangabad, it takes a whole day for return journey.

By bus: There is less frequency. You will need to change bus to Jalna. It takes between 250 to 300 rupees. Will take about 4 to 5 hours to reach Lonar.
By car: It is the easiest and fastest way. It takes between 2.5 and 3 hours to get to Lake by car. The road has been completely rebuilt so the journey is pleasant.

Lonar lake is not yet a tourist spot and most tourists only spend the day there. Therefore, the hotel choices are very limited. There is only one good hotel.

Lonar lake MTDC resort: It offers a deluxe room for 1,800 rupees. It is just at opposite to the entrance to go down to the lake. The room is located in very charming individual houses. 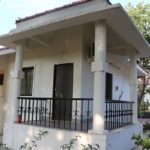 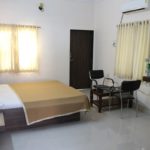 We organize tours for one and two days to discover the beauties of Lonar Lake. Find them here 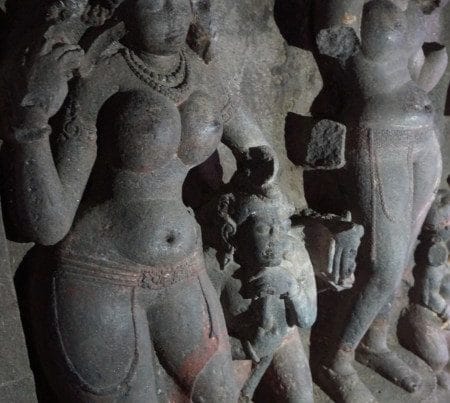