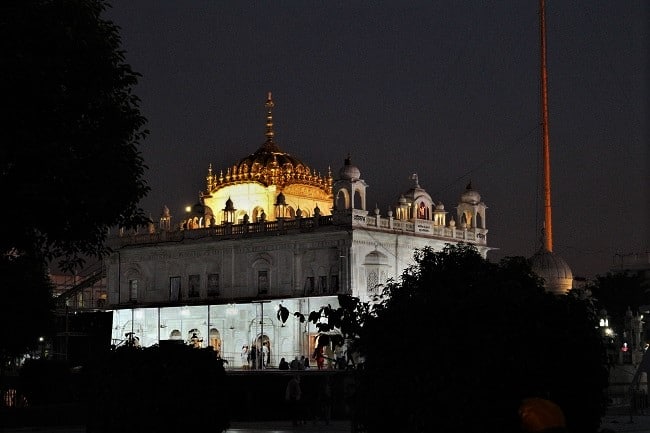 The 2018-2019 season ends quietly and a balance must be established. Here we share our most beautiful discoveries of the hidden treasures of Maharashtra. This year, we have done a lot of research to give you even more unforgettable moments.

The hidden treasures of Maharashtra: Khultabad

It’s been a long time since we were looking for the path to this monument. It took us a whole day to find it. The treasures of Maharashtra are worth it.

So one day we decided to go to Khultabad to find the end of the story. We asked a lot of people but no answer shown us to get closer to our goal. We had to go in a little dargah (mosque) and talk to the guard of the place to have a start of the track. He told us the road to get to this beauty. Obviously as in every adventure, nothing is simple. After one kilometre, we had to leave the car because there was no longer good road, it was a dirt road. We decided to continue on foot. We walked along a forest and after 3 kilometres, we saw the object of our quest.

The tomb should have been the grave of a Turkish dignitary but Sardar Vallabhbhai Patel, Prime Minister at that time did not give a permission for that. The monument has therefore remained abandoned and was never a tomb.
Today, it is a perfect place to have a view of the Ellora Caves.

Some tombs and old monuments

Khuldabad was the center of Sufism in India in the 14th century, and when Aurangabad was the capital of the Mughal empire, many nobles had palaces in this small village. Today, it is difficult to see the past greatness of this village. We discovered new tombs as well as remains of some palaces. Unfortunately, we have not managed to find out more about the history of these monuments.

Part of one palace

Charthana, the village with 360 temples

We were contacted to visit a village that would like to develop its tourist activity. For now it is a village unknown to tourists. Still, Charthana has great potential. Between the eighth and eleventh centuries, it possessed 360 temples according to historians. Today some temples are still visible. We met the village officials and they showed us the different points of interest of the city.
The Barav (stepwell) were essential for the survival of the village

The village needs to make some arrangements to accommodate tourists on a regular basis. However, we decided to include in our 15-days tour of Maharashtra, a Charthana Discovery Day tour.

Two villages that are treasures of Maharashtra

We visited two villages that touched us a lot by the warmth of their inhabitants and the hidden treasures. Unfortunately because of the conditions of access, it was impossible for us to include them in a circuit. They will be hidden for a moment.

One of the statue in temple

Temple on the river

This small village is only 44 kilometers from Parbhani. But the access roads are so bad that it takes between 2 hours to 2 hours and a half. When you arrive, your back will hurt you. The village is quite small but it has a treasure that is unique to Maharashtra. It has a temple that was built in the bed of the Godavari River. Because of the water problems affecting Maharashtra we have not been able to enjoy the spectacle of the temple surrounded by water. Nevertheless, we can imagine its beauty. An ingenious system was also built in front of the temple to protect it from the waters.

This story is the one that touched us the most. Imagine, 10 years ago a village decided alone without any help, to create a sanctuary. All the villagers put themselves in it. They decided to reserve the mountain which is at the end of the village. They cleaned it up and planted trees. Thanks to their work, this mountain has become a bird sanctuary.
This shrine is such a success that the state of Maharashtra decided to invest in it. The work that was done in this small village in the middle of nowhere is an example and a breath of hope in a country that suffers from pollution and deforestation.

Paithan and Nanded are two known cities in Maharashtra by locals. By cons, they are completely deserted by tourists.

Nanded, the sacred city of Sikhism

Nanded is the grave site of the last Sikh guru, Gobind Singh. It has become an important pilgrimage site for the entire community. It is now part of the 4 sacred cities of Sikhs.

We went there to see the potential of the city and find out if it could be offered as a tourist stop. We were more than surprised by the splendour, beauty and grandeur of the Gurindwara temple dedicated to Gobind Singh. The temple is in the middle of a dynamic neighbourhood. Further, the banks of the river are extremely pleasant in the morning or evening to walk. There is also a park with a sound and light show every day. The city is really nice to visit by day and evening.

Paithan is a small village located at south of Aurangabad. At present, it lives on agriculture and small industries. It is hard to imagine that it was the capital of one of the first empires of the Indian subcontinent. The Satavahana dynasty reigned over half of present India between the 2nd century BC and the 2nd century AD. This city appears in the book The Journey of the Sea Eritrea, a Greek book of the first century AD. From this past, they got the famous Paithani saries, the most luxurious sari of India. There are also many monuments/temples to visit including a ghat.

It is a small village to visit in a day with places where nature has regained its rights.

The second time we visited this village, we discovered a palace that dates from the time of the Nizams, i.e. the eighteenth century. It is completely abandoned today but one can still imagine its past splendour.

Other part of palace

Lonar lake: the second biggest crater lake in the world

The Lonar village is home to the second largest meteorite crater in the world. The edge of the lake created by the meteor impact is filled with temples and surrounded by unspoiled and abundant nature. This lake is so beautiful and attractive that we often forget to visit the village. It happened to us and we decided to fix this mistake.
This allowed us to discover a quite original temple. Indeed, this temple which must be built between the eighth century and the tenth century. What makes it unique is part of its structure. It is half Hindu architecture and half Nizam architecture.

Finally, we discovered a palace that was turned into a tomb of Sultan Khan. This monument dates from the time when Aurangzeb was vice king of Aurangabad. It is now on the campus of the university. This discovery is recent, we do not have much information on this monument.

If you want to discover these new places you can see our tours here, or else you can contact us by mail: info@akvintourism.com

Corona virus and tourism in India

The golden triangle of Maharashtra